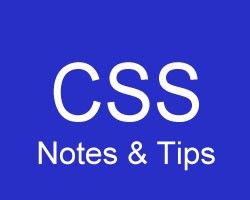 The Central Superior Services (denoted as CSS; or Bureaucracy) is an elite permanent bureaucratic authority, and the civil service that is responsible for running the civilian bureaucratic operations and government secretariats and directorates of the Cabinet secretariat.The civil service defined itself as “key wheels on which the entire engine of the state has to move.”Derived from the colonial legacy of the former Indian Civil Service, the civil came into its modern formation immediately after the establishment of Pakistan as a “Civil Service of Pakistan.”During its time of formation, the bureaucracy produced Ghulam Ishaq Khan who would go onto become country’s President, and had an influence and partial influence on many of state’s defence, internal, foreign and financial policies.In 1971 it was re-organized and reestablished under the “Chapter I: Part-XII, Article 240” of the Constitution of Pakistan which gave its new picture and constitutional status.The civil bureaucracy (specifically the Pakistan Administrative Service) closely collaborated with the military establishment of Pakistan Armed Forces in issues concerning the national security.The bureaucracy consists of total of 12 directorates that provide vital office and secretariat related duties to the Government of Pakistan.